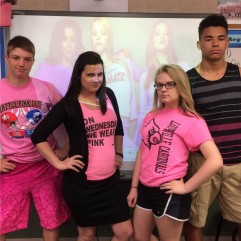 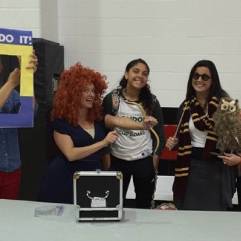 It’s hard to believe that I’m already approaching my fifth year of teaching! This past year was a roller coaster in several ways. Last July I herniated the L4-L5 disc in my back, and that injury set me into a spiral of physical agony for the next three months until I finally gave in and saw my doctor. One back surgery and 6-week recovery later (I know, I’m only 26!), I’ve made a pretty remarkable recovery. I haven’t felt this well in such a long time!

Even though there were some bumps along the way, I can’t explain how grateful I was to have such good support from my fellow teachers as well as some pretty great students who put up with a lot while I was gone. There’s always going to be challenging years, but there’s five things I’ve learned this time around that remind me why I love my job:

There’s obviously more than just five things that I learned this year, but these seem to be the ones I keep coming back to. I can’t help but feel that when you can make school relate to their lives—make it fun—that you’ll get better results all around.